In order to conduct the experiment which demonstrates the capabilities of the picosatellite fluid-dynamic actuators (pFDA), the payload of TUPEX-6, an experiment vehicle had to be developed. The free-falling unit (FFU) is said vehicle. It will be launched inside the rocket-borne equipment onboard the REXUS rocket. After being ejected at high altitude, the FFU conducts the experiment autonomously and falls back to Earth, to be recovered. From launch to landing of the FFU only about ten minutes pass.

The FFU is designed based on the CubeSat Design Specification and resembles a single unit (1U) CubeSat (cubesat.org). With the outer dimensions of 10 x 10 x 13 cm³ an a weight of about 1.3 kg it is very close to conventional 1U CubeSats. It features the main subsystems required to operate a satellite. 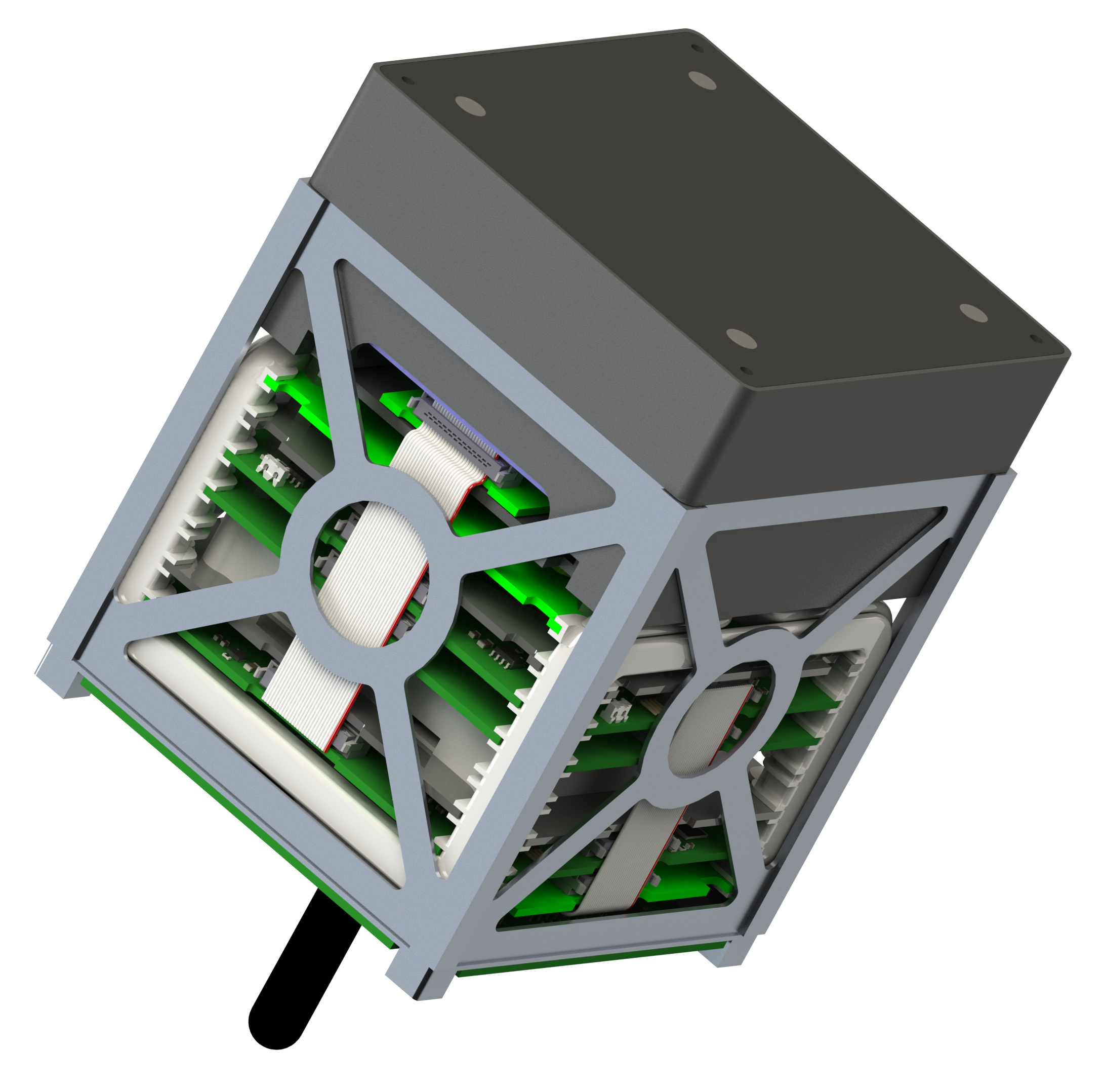 A rendering of the FFU.

The APRS is basically a printed circuit board (PCB) with an Antenna. Its primary function is to locate the FFU through GPS after its safe landing. The systems secondary function is sending experiment data during flight to the TUPEX-6 ground station. This is done to still be able to determine the success of the experiment, even in case, the FFU can’t be located via GPS. Additionally, it's planned to include a camera on top of the APRS PCB to snap some fancy pictures in space to show the world. 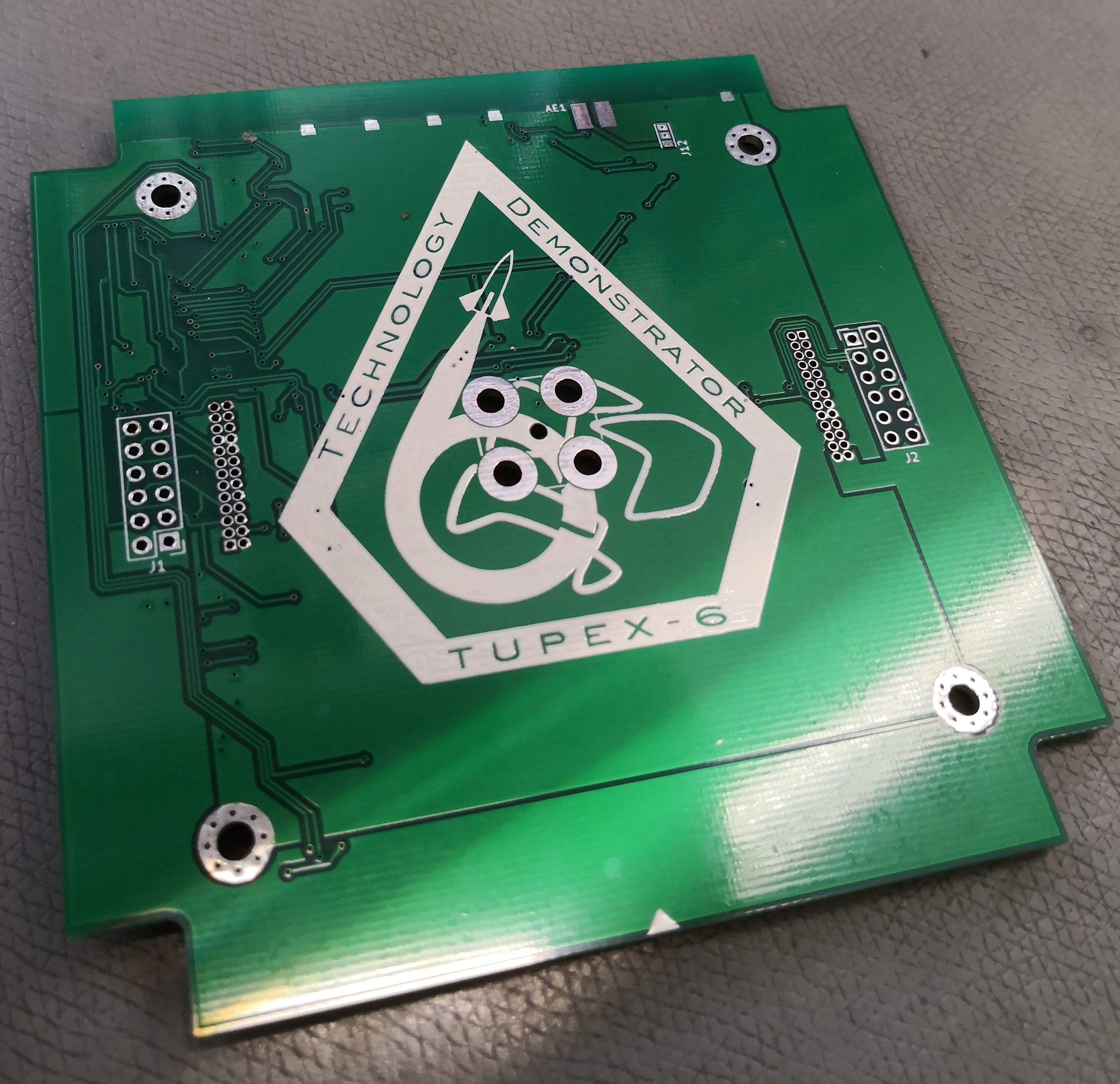 The back side of the APRS PCB with the TUPEX-6 logo. 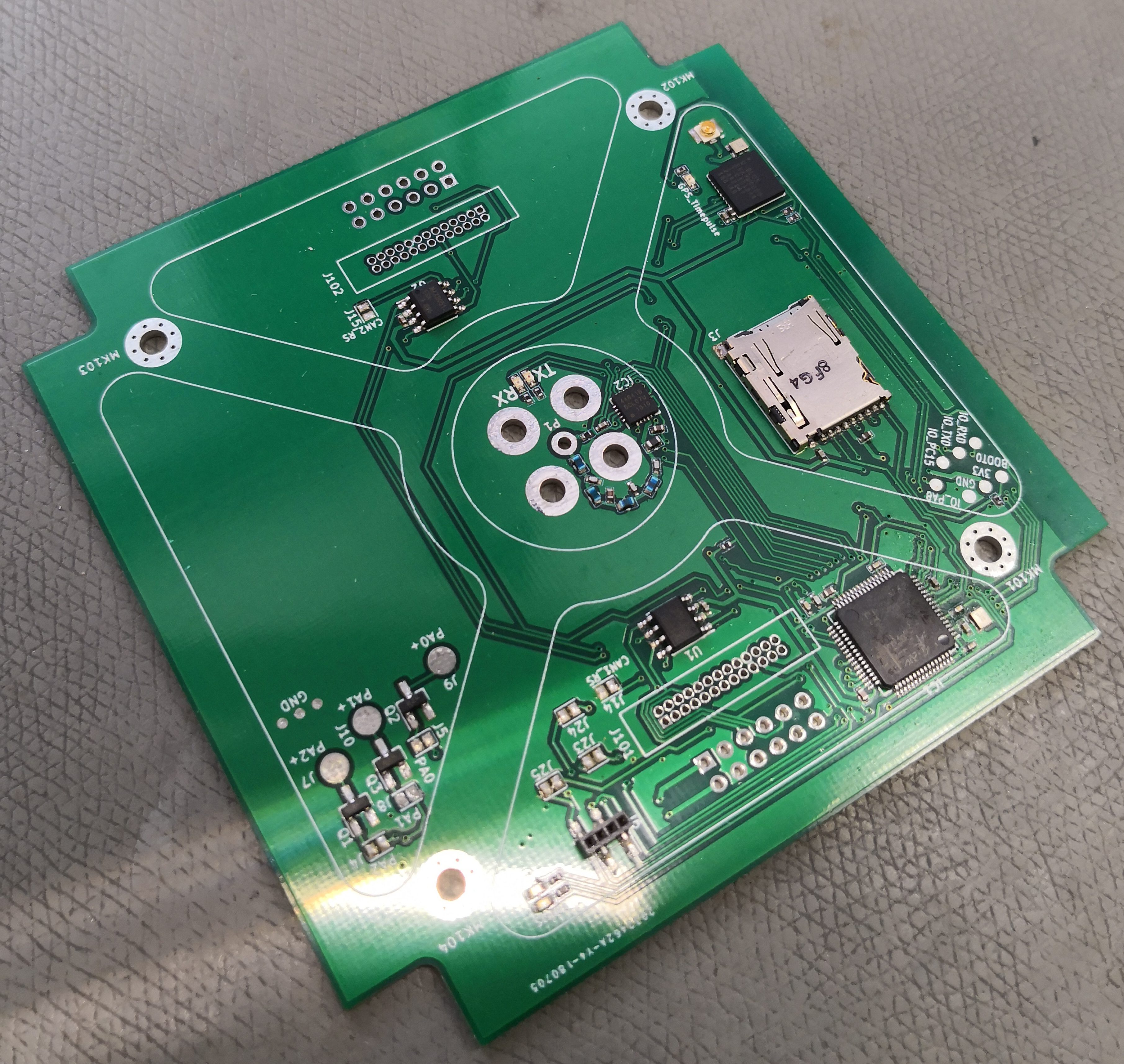 The front side of the APRS PCB with the socket for the antenna in the middle.

To fetch the experiment data from the FFU, its recovery is required. Therefore, it is equipt with a recovery system which consists of a parachute deployment system. This system consists of electromagnets that hold the lid in place encapsulating the parachute and its auxiliary components. During the descent, when a favorable altitude is reached electromagnets are deactivated and the springs inside push against the lid to eject the parachute. The parachute will make sure we achive a soft landing on the ground.

The Recovery system also features a GPS Transceiver which detects the location after the parachute has deployed and transmits that information over to us via satellite link. During the assembly of the FFU payload, the recovery system is attached on top of the pFDA payload and made to slide into the outer aluminum body.