To conduct the experiment, the free-falling unit (FFU), hosting the payload is required to experience microgravity. Therefore, it is launched to high altitude and ejected from the rocket. To store and eject the FFU, the rocket-borne equipment (RBE) is developed. It comprises all components inside the REXUS experiment module. The experiment module is part of the load bearing structure of the REXUS rocket and doubles as the outer shell of the rocket. After integration of the RBE into the module, it is attached on top of the rocket only to have the nose cone stacked on top of it. 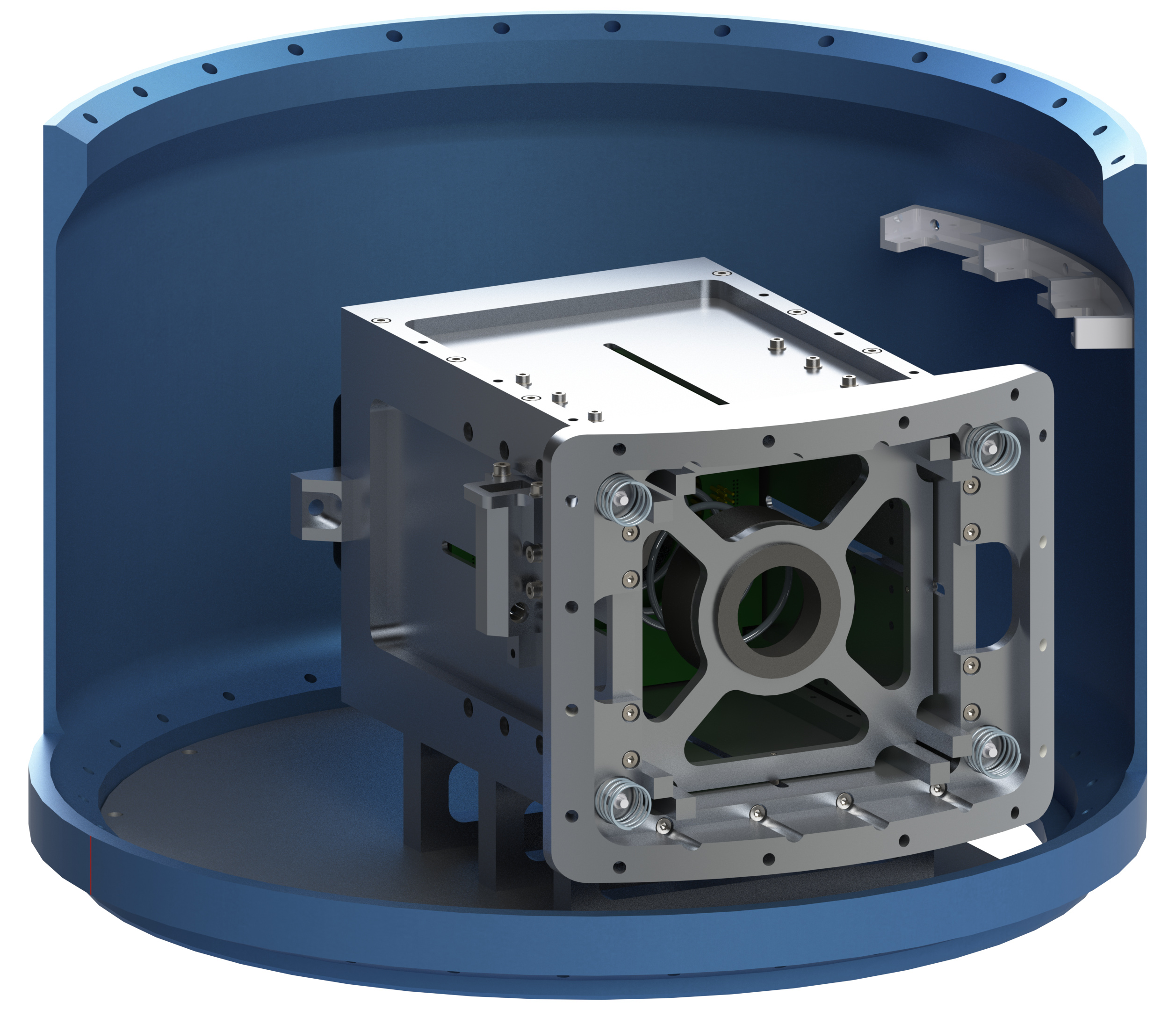 A cut-out rendering of the experiment module (blue) with the RBE hosted inside. The pushing plate in the center is clearly visible.

Before the start of the experiment, the FFU is contained safely inside the RBE. The RBE consists of the deployment container, the ejection mechanism and the in-flight actuated hatch. The FFU is positioned between guiding rails, which in combination with the hatch prevent it from moving during ascent. Once the REXUS rocket has reached a certain altitude, the steel cable holding the hatch shut is severed using pyrotechnic cutters. With the hatch out of the way, the FFU is then pushed outside by the force of a spring. 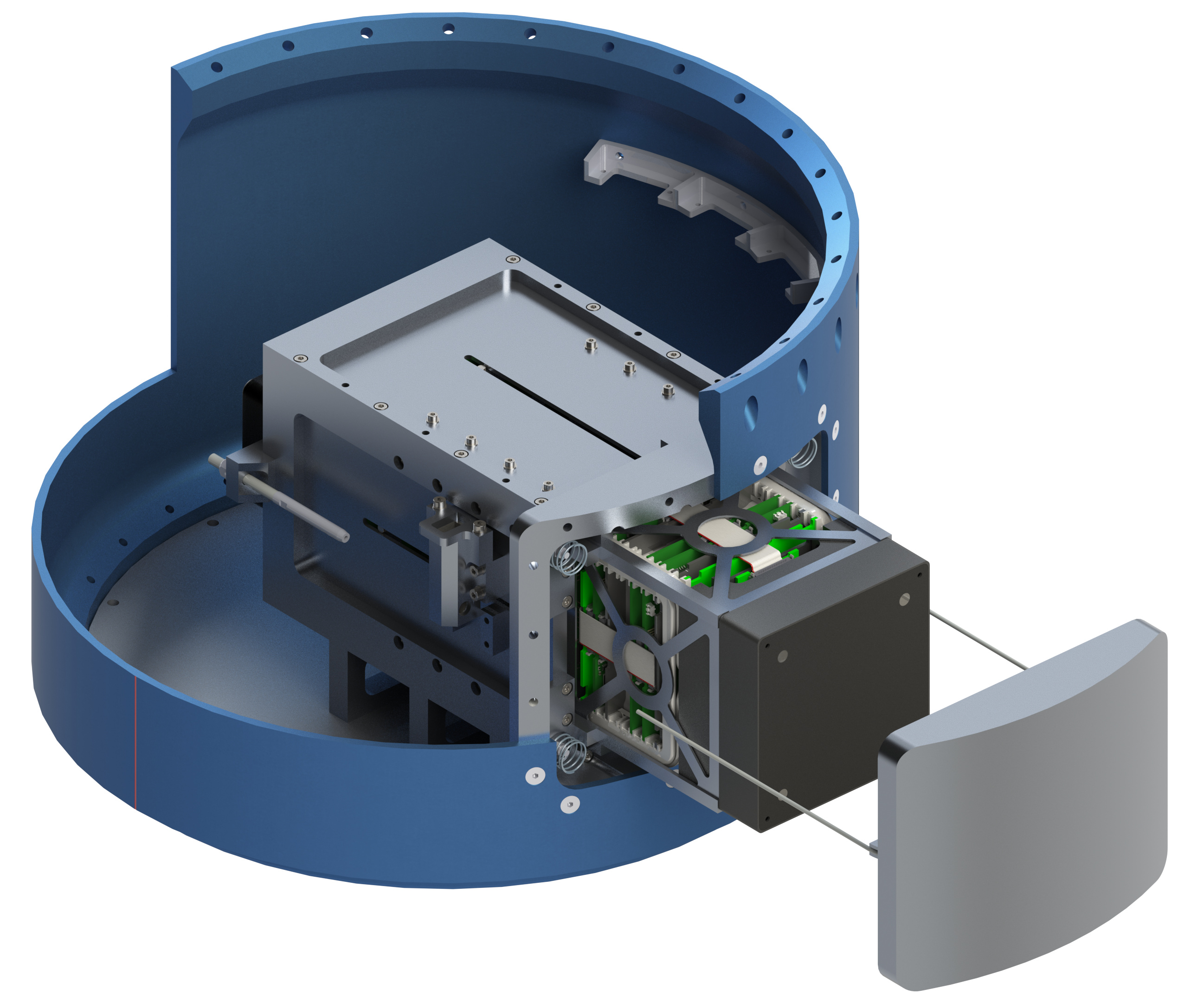 A cut-out rendering of the experiment module, RBE and FFU during ejection.