Picosatellite Fluid-Dynamic Actuators (pFDA) are a newly developed means of precise attitude control for picosatellites. First envisioned by the TUPEX-6 project advisor Sebastian Grau, four L-shape pFDA are the payload of the mission. 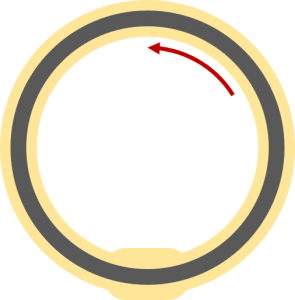 Consisting of a closed loop channel, filled with a liquid metal, and a pump segment, the actuators feature no moving parts. By changing the velocity of the metal inside the channel, it is possible the rotate the channel and any attachments to it. Circular channels are able to rotate about their axis of rotation. Prior to the start of TUPEX-6 it was calculated that the channel geometry of pFDA can be altered to change the attitude of their axis of rotation. This led to designing L-shaped pFDA.

Assembling four L-shaped pFDA in a cage allows to configure the vectors of angular momentum of all pFDAs in a pyramidal configuration.
This system enables precise attitude control about all three axes even in case of one actuator failing. By changing the length of sections and/or the cross-sectional area of the channel, a tetrahedral configuration can be constructed. This allows for the highest angular momentum capacity and low power consumption. Adding supplementary structure to the outer surface of the channel, printed circuit boards can be directly incorporated into the attitude control system. Therefore, the channel structure eliminates the need for secondary structure.

It is possible to locate the subsystems of a satellite on the incorporated PCBs. Adding on, the cage structure occupies about 70 % of the internal volume of a single unit CubeSat. This leaves the remainder as payload volume. In conclusion, this ACS allows for a high integration density and therefore increases the payload volume. 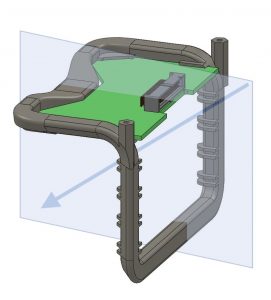 L-shaped pFDA with electronics board, symmetry plane and axis of rotation. 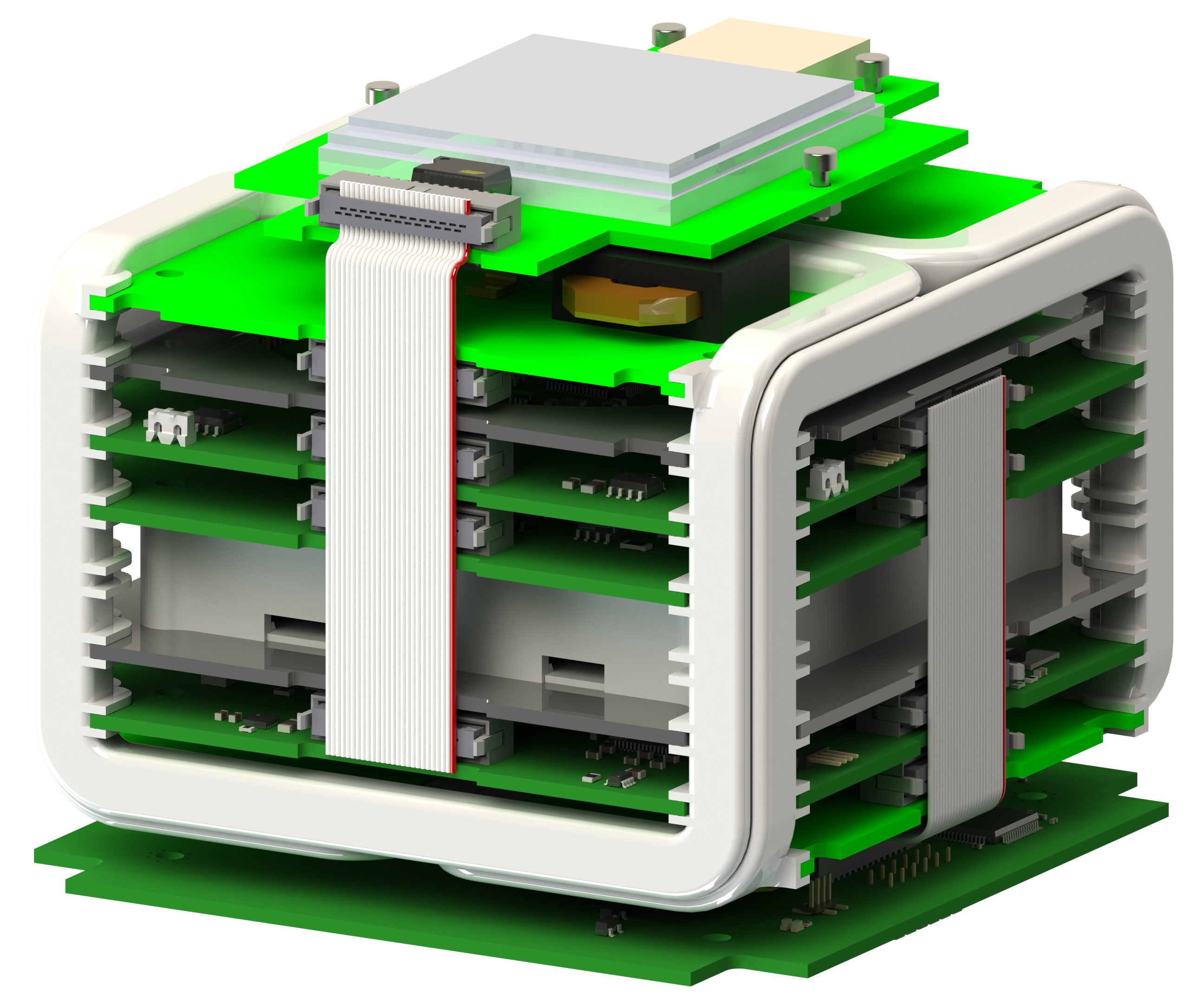